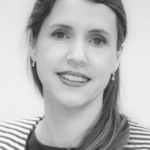 Secretary General of the International Union of Property Owners (UIPI)

Emmanuelle Causse has been the Secretary General of the International Union of Property Owners (UIPI) since February 2020 and the Director since 2009 when she set up the UIPI Representation in Brussels. As the leader of the Brussels office, Ms. Causse acts as a representative to the EU institutions and prepares as well as defends the position of UIPI on all EU topics relevant for private property owners. Ms. Causse is also a founding member of the European Centre for Public Affairs 2.0. Prior to the UIPI, Ms. Causse worked for several organisations within the field of EU Affairs including the European Parliament, the think-tank Friends of Europe and the Austrian Institute for Advanced Studies.