Breaking the Silos: Cooperation Across Industries is Needed to Address Climate Change 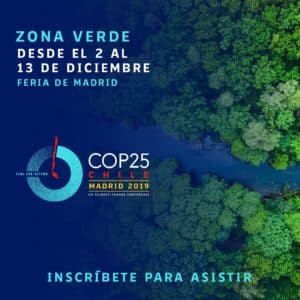 The world showed its commitment to COP and climate change by quickly finding an alternative in Spain for COP25. Not having such a meeting at a critical time for the planet would send the wrong message. As this critical climate conference approaches, one of the many industries that will be part of the discussion is the raw materials sector. The copper industry is working to address the impact of mining on the environment, through initiatives such as responsible sourcing and production. However, if climate change is to be dealt with properly and for the Paris Agreement goals to be reached, different industries must work together, as no single industry can tackle climate change alone.

The world is already working to decarbonize. The technologies and innovation used in this process, from efforts delivering greater energy efficiency to more renewables and electric vehicles (EVs), will all require more natural resources, including copper. According to the World Bank’s 2017 report on “The Growing Role of Minerals and Metals for a Low Carbon Future,” demand in metals should rise tenfold by 2050 with a significant shift to a more decarbonized economic system. Demand for copper alone is expected to rise by up to 40 percent by 2035.

Despite the higher demand for copper a decarbonized economy requires, there is enough copper to meet this demand. According to the United States Geological Survey (USGS), copper reserves amount to 830 million tonnes, while resources, which include reserves, discovered and potentially profitable deposits and undiscovered deposits predicted based on preliminary geological survey, could exceed 5,000 million tonnes. It is widely anticipated that current and future exploration of copper will reveal an increase in both reserves and known resources. USGS data also indicates that since 1950 there has consistently been around 40 years of copper reserves and over 200 years of resources left due to regular new discoveries.

Demand can be partly met by recycled copper, especially as it can be recycled without losing its properties. In its 2018 World Copper Factbook, the International Copper Study Group (ICSG) estimates that, on average, 35 percent of global copper use comes from recycled copper.

Even with this recyclability of copper, the increase in demand means more extraction will be needed in the coming decades. While there are emissions to produce copper, its efficiency properties mean that copper-containing products operate more efficiently and with a lower carbon footprint. Producing one tonne of copper emits around 3.5 tonnes of CO2 while products using that one tonne emit between 100 and 7,500 fewer tonnes of CO2 thanks to the properties of copper.

Individual companies in the copper industry are also taking initiative in terms of responsible sourcing and reducing the impact of mining. For example, Boliden is using volcanic clay in an innovative way to reclaim a closed mine in Sweden. Freeport-McMoran is innovating by using artificial intelligence to increase output by 90,000 tonnes, using data from sensors around the mine to improve efficiency without having to buy more heavy machinery and equipment.  Meanwhile Anglo American implemented a new strategy addressing sustainability and its global footprint. The new strategy includes reducing emissions and increasing efficiency but also reducing freshwater use by 20 percent by 2020 while at the same time recycling 75 percent of all water used at its mines.

These initiatives are a great start, but no industry can act alone. Different sectors working in their own silos will not solve a universal problem like climate change. As COP brings global leaders under one roof to focus on solving this problem, different sectors must also devise joint actions.

Some key initiatives facilitating cross-sectoral collaboration are already live, including United for Efficiency, a global effort to support emerging economies to incorporate more efficient appliances and equipment. The International Copper Association is a founding member, along with the United Nations and the UN Environment Program (UNEP). This project brings together manufacturers and other technical organizations to achieve its goal of greater energy efficiency. Another example is the Three Percent Club, a coalition of countries, businesses and international organizations that aims for a three percent increase in energy efficiency per year.

COP itself fosters these kinds of initiatives, such as the Sustainable Innovation Forum (SIF). Dating from COP16 in 2010, the SIF gathers over 600 delegates from the public and private sector each year to work toward accelerating action on climate change and meeting national commitments.

These are good examples proving different stakeholders can be brought together under a common initiative to reach an overarching goal such as greater energy efficiency to address climate change. Furthermore, they show that cross-sectoral industry cooperation is possible and can lead to significant action to reduce emissions.

The International Copper Association is committed to addressing climate change within the copper industry itself but also through cooperation with other sectors. All industries in the raw materials sector and beyond must work together if the global Paris Agreement climate goals are to be achieved. Ongoing initiatives show collaboration is possible but needs to be expanded beyond this small circle of businesses to avoid the most devastating effects of climate. 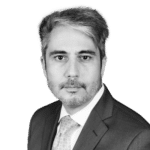