“The people who are crazy enough to think they can change the world are the ones who do.”—Steve Jobs

What is now seen as the extraordinary genius and vision of Jobs was once viewed as incredible hubris and arrogance, but it could be argued that out-of-the-box thinking is exactly what is needed to jumpstart the slowing pace of climate-change action. Throughout the formal events and informal tête-à-têtes at COP27, much of the discussion focused on ambition—or lack thereof. More than 45,000 participants arrived in Sharm el-Sheikh this November to share ideas, create solutions and build partnerships. Delegates and observers were keen to call for moonshot thinking, but the true challenge appears to be getting over the fear of failure in meeting these objectives. Given the scale and the urgency of the climate crisis, no idea is too crazy, and decision-makers must realize no plan is fool proof. Now is the time to reach beyond complacency and get to work. While some may think their actions will not create a difference, the truth is that every step in the right direction adds up.

In between the aisles and corridors filled with networking, a few resounding messages could be heard.

This concern has several layers, and the challenge involves civil society, business, regulators and government. In the world of mining and metals, producing the material needed to facilitate renewable technologies has its obstacles. According to the International Energy Agency, it takes an average of 16.5 years from material discovery to first production, often requiring billions of dollars in investment in advance. Governments and regulators need to do their part to enable proper investment and facilitate the efforts of responsible producers. Numerous articles have questioned the availability of materials such as copper, lithium, cobalt and nickel. Yet, the issue is not really availability; the issue is quicker action on permitting to increase access to these essential materials.

Business can also facilitate efforts to move at a quicker pace. Technology to limit or reduce emissions in many applications does exist; however, getting production up to scale sustainably is a challenge. International Copper Association (ICA) member Anglo American has partnered with First Mode in South Africa to introduce the first the hydrogen-powered haul truck at the Mogalakwena mine. The project, which started in 2019, required First Mode to create the world’s largest mobile hydrogen power plant—a hybrid design integrating hydrogen fuel cells with battery power. Anglo American plans to retrofit 40 trucks starting in 2024, with all fuel generated by a local solar plant, and eventually roll out the system to the remainder of its fleet (about 400 vehicles). The key to moving this forward is not the proven technology, but the lack of a sustainable supply chain. Every industry, from mining to agriculture, needs to actively engage with their complete value chain to reduce GHG emissions.

Achievement of the Paris Agreement’s 1.5°C goal demands big ideas, lofty goals and aggressive decision making. According to a report by UN Climate Change, implementation of current pledges by national governments puts the world on track to be 2.5°C warmer by 2100. The UN’s Intergovernmental Panel on Climate Change indicates greenhouse gas emissions must decline 45 percent by 2030 to limit global warming to 1.5°C. ICA members are doing their part to take action, committing to the goal of bringing their copper production to net zero Scope 1 and 2 GHG emissions by 2050. Measuring Scope 3 emissions presents challenges. However, ICA members pledge to actively work with the copper industry value chain toward the ambition of reducing Scope 3 emissions. By combining ambitions for Scope 1, 2 and 3 emissions, ICA members collectively commit to reducing GHG emissions in line with the Paris Agreement climate goals, compared to the present baseline. In addition, impact on the environment and local communities will be considered before any decarbonization solution is implemented. Copper industry leaders are dedicated to improving the welfare of the communities where they operate and the resources they employ.

It takes a village. Teamwork makes the dream work. Many hands make light work. There are many phrases about the power of teams, yet this power is often underutilized in climate-change solutions. When one looks across the gamut of country and business commitments and goals, the best way to connect and maximize these efforts can be difficult to see. Developed economies need to support the decoupling of growth and GHG emissions in developing and emerging economies.  Financial institutions need to work hand-in-hand with businesses to help them invest in clean energy solutions. NGOs need to collaborate with government and business to represent the needs of underserved communities.

ICA’s strong partnerships with organizations such as the UN Environment Programme (UNEP), the Alliance to Save Energy and the Carbon Trust are evidence of the true power collaboration provides. Working alongside UNEP on the United for Efficiency initiative, ICA’s members have enabled a sustainable and cost-effective transformation to energy-efficient lighting, equipment and appliances. In September 2021, with assistance from energy access and energy efficiency leaders such as the Alliance for Rural Electrification and IEA, ICA launched the Cornerstone for Rural Electrification (CORE) designed to address the immense capacity-building and technical assistance needs required for the development of decentralized renewable energy (DRE) systems. Distributed renewable electricity is imperative for achievement of the SDGs: it provides communities with sustainable electricity services that catalyze socio-economic development and local green job creation, all while combatting climate change. To date, CORE has trained more than 1,000 people.

Getting to net zero will not be easy but transparency in climate plans and progress should be. The Paris Agreement’s rulebook outlines the idea of an Enhanced Transparency Framework (ETF). Under the ETF, developing countries will report data necessary to track their progress in implementing their national climate action plans (i.e., Nationally Determined Contributions or NDCs). When governments provide a clear and thorough report out of their emissions, it helps civil society understand the realities of climate change and functions as the backbone of their climate plan. Transparency between nations also allows learnings, best practices and innovations to be shared. This mutual benchmarking process drives further climate efficiencies.

It has been argued that ambitious climate goals are simply words delivered by individuals who will not be around to see 2050. In 1962, when John Kennedy set the goal of sending a man to the moon, he propelled individuals, businesses and governments to dream big and act in extraordinary ways. Seven years later, Neil Armstrong walked on the moon. Mankind has 27 years to reach this “moonshot moment;” with ingenuity, guts and collaboration, just think what we could accomplish. 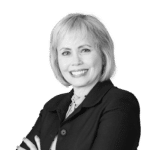 Step into the modern mine